Burggarten is a popular park in Innere Stadt (Vienna’s 1st district). Locals come to Burggarten to walk or relax and tourists also come to see the statue of Wolfgang Amadeus Mozart, which is located very close to the entrance to Burggarten from the Burgring side. Burggarten is very close to many tourist attractions in Vienna. There is a plenty of restaurants, souvenir shops, and hotels near Burggarten. 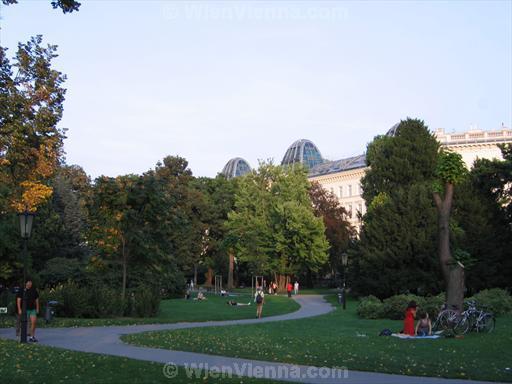 Burgring, a section of the Ringstrasse

Maria-Theresien-Platz and the twin museums near Burggarten

Across the Burgring on the opposite side from the Imperial Palace, there is Maria-Theresien-Platz, the well-known square with the twin museums, Naturhistorisches and Kunsthistorisches Museum (The Museum of Natural History and The Museum of Arts History).