The monument of Empress Maria Theresa is situated in the middle of Maria-Theresien-Platz in Vienna city centre. Maria Theresa (or Maria Theresia) was the only female ruler of the Habsburg Empire. 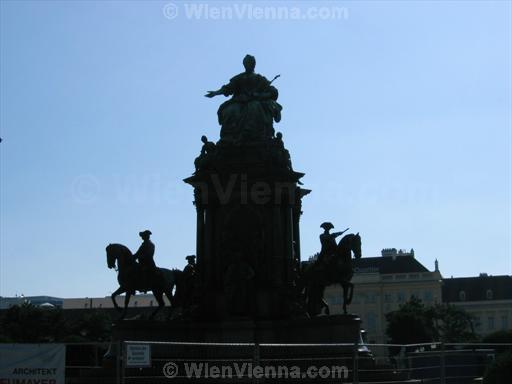 Although she had a difficult start because of being female (she had to fight for her throne in the War of the Austrian Succession), she eventually ruled Austria and many other European regions (including, among others, Bohemia, Hungary, parts of the Balkans, and North Italian regions) for 40 years from 1740 to 1780. She was very religious (Catholic), had 16 children (among them the infamous Marie Antoinette of France), and was quite popular with the people she ruled. Maria Theresa introduced many good reforms in the Empire, especially in finance, education, healthcare, and civil rights. Overall, Maria Theresa has been considered one of the best rulers of the Habsburg dynasty.

Maria-Theresien-Platz is located in the south-western part of Innere Stadt, Vienna’s 1st district. It is next to the Imperial Palace Hofburg, from which it is divided by Burgring, a section of the Ringstrasse. On the opposite side of the square there is Museum Quarter (MuseumsQuartier), the area with many museums. On the remaining two sides of Maria-Theresien-Platz, facing one another, there are two identically looking buildings of Naturhistorisches Museum (Museum of Natural History) and Kunsthistorisches Museum (Museum of Arts History)