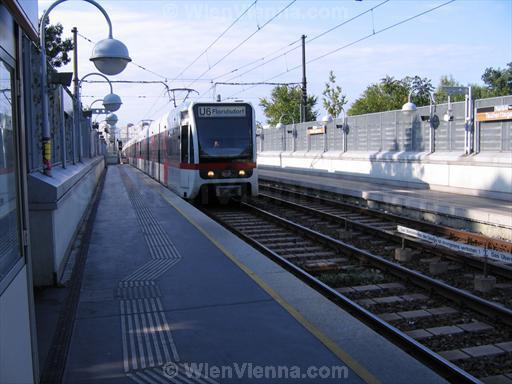 Trains on Vienna U6 Line

Unlike other metro lines in Vienna, U6 uses narrower trains designed like a tram. The reason is that some parts of the line were built as a conversion from the old Viennese Stadtbahn (an old city railway dating back to 1898) and some stations kept their old design.

Southern section of metro line U6

The section of the line U6 between Philadelphiabrücke and Siebenhirten was opened in 1995. It serves the city parts and suburbs in the south of Vienna.

The density of traffic is lower here compared to the central sections and that’s why during peak hours only every second train goes to Siebenhirten and the other trains end and start in the station Alterlaa. U6 is the only metro line in Vienna, where all trains don’t go along the whole line.