Schönbrunn Park is located in the south-western part of Vienna slightly outside the city centre. It is surrounding the well-known Schönbrunn Palace, which used to be the preferred home to Austrian Emperors. They of course wanted to look and feel as powerful as possible and therefore there is little wonder that they admired Ancient Rome and Ancient Roman Emperors. As a result, you can even find Roman Ruin in the Schönbrunn Park. 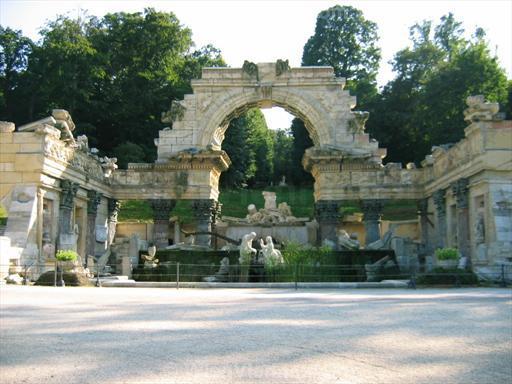 These ruins are however not original – they were created in the late 18th century. Roman Ruin on the picture was designed by Johann Ferdinand Hetzendorf von Hohenberg and built in 1778. You can read more about it on the official website of Schönbrunn Park.

The area around Schönbrunn Park is mainly a residential suburb and it is very peaceful and beautiful. Most tourists stay in the Inner City and only come to Schönbrunn for one day to visit the Palace and the Park. There are not many hotels near Schönbrunn, but staying here can be a pleasant alternative to the stress of the city.

Here you can read more about Things to Do in Schönbrunn Park.