Burgring is one of the main streets in Innere Stadt, Vienna’s 1st district. It is in fact a section of the Ringstrasse, which is the commonly known name for the series of streets forming a circle around Innere Stadt. Burgring, like the whole Ringstrasse, is a very wide street with busy car (and tram) traffic. It is however one of the very few streets in Vienna Inner City where cars dominate over pedestrians. 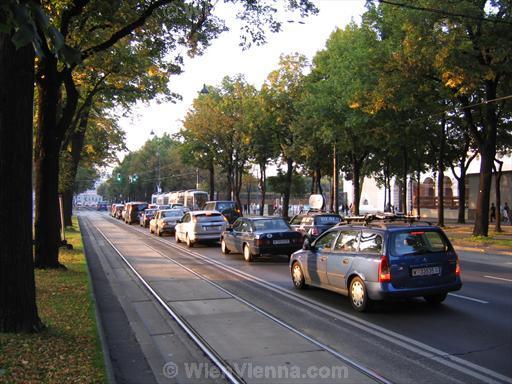 Walking and crossing Burgring is very easy though, as there are frequent pedestrian crossings – usually near crossings with side streets or near major landmarks like the Imperial Palace or Vienna State Opera.

Hotels near Burgring in Vienna

Burgring is located in the centre of Vienna and most of the landmarks and tourist attractions are within walking distance. There are many hotels near Burgring, mostly 4 star or 5 star hotels. Burgring also has excellent public transport access, with several U-Bahn (metro) stations nearby – the stations closest to Burgring are Museumsquartier, Volkstheater, and Karlsplatz.