Karlsplatz, which means Charles Square in German, is one of the biggest squares in Vienna. It is located at the border of Vienna’s first and fourth district (Innere Stadt and Wieden), just about 3 minutes walk from Kärntner Ring and Vienna State Opera). This picture shows a view from Karlsplatz towards Kärntner Strasse, Vienna State Opera, and Inner City. You may recognize the Heathen Towers of Stephansdom in the background. 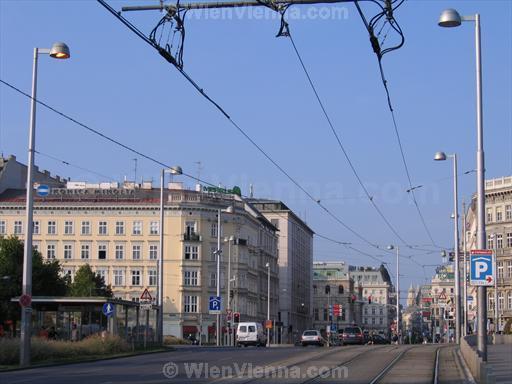 There is a wide choice of hotels and accommodation facilities around Karlsplatz, mostly 3 star or 4 star hotels, but also a few budget hotels. Luxury 5 star hotels can mostly be found between Karlsplatz and Stephansdom around Kärntner Ring and Kärntner Strasse.

Karlsplatz Station, stretching underground approximately from Karlsplatz to Opernring (the section of Rinstrasse near Vienna State Opera, is the biggest U-Bahn (metro) junction in Vienna. It is the interchange of 3 metro lines: U1, U2, and U4. There are also trams, buses, and Lokalbahn at Karlsplatz.