Wiener Staatsoper, or Vienna State Opera, is one of the buildings that make Vienna known abroad. Besides being a world-class opera house and a major tourist attraction, the Staatsoper is also an important traffic hub. There is an intersection of 3 metro lines (U1, U2, and U4 – station Karlsplatz), several tram and bus lines, and also sightseeing buses. 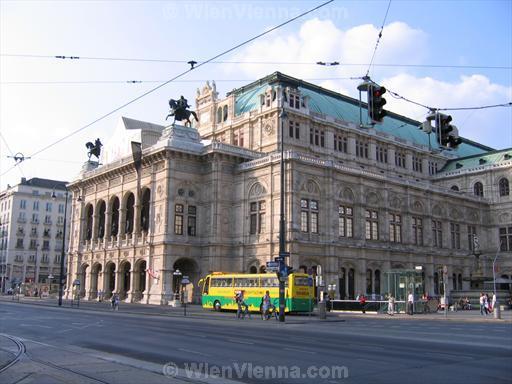 There are several companies operating sightseeing tours in Vienna. The buses usually make a circle around the city centre and can take you to all the major attractions in Vienna including Stephansdom, Hofburg, Rathaus, or Schönbrunn.